We love helping our customers solve challenges and break into new markets with smart ecommerce solutions.
I’d love to share a story today about how we did just that.

Who are Minelab and Romar Enterprise Sdn Bhd?

Minelab has been a leading provider of metal detecting technologies for treasure hunting, gold prospecting, and countermine operations for over 35 years. Minelab’s dealer network and operations span Australia, Europe, the Middle East, Asia, and the Americas.
Romar Enterprise Sdn Bhd is a Malaysia-based Southeast Asian distributor for Minelab. The Stripe and Sweetmag case study details how our partnership helped Minelab (through Romar Enterprise Sdn Bhd):
● Establish its first ecommerce site in Indonesia in less than one month
● Sell to end users both directly and through dealers throughout Indonesia
● Create Stripe Payment Links for dealers in other markets in Southeast Asia and beyond,
such as Pakistan, Hong Kong, Bangladesh, and Nepal

Minelab historically operated as a brick-and-mortar business, with dealers purchasing in person, directly from Minelab locations. After establishing a foothold in more than 150 countries around the world, the company set its sights on expanding to Southeast Asia. In an effort to overcome supply chain inefficiencies and country-to-country business development gaps, Minelab appointed Romar Enterprise Sdn Bhd, a Malaysian company, as its Southeast Asian distributor to develop the business in ten new countries. Indonesia, among the top three fastest-growing e-commerce markets in the world, presented a key opportunity in the company’s expansion strategy and was selected as a starting point.

Breaking into a country as large and diverse as Indonesia offered the promise of incredible growth alongside numerous challenges. Chief among them were:

It soon became clear that an e-commerce strategy was going to be a critical component of Minelab’s continued international expansion and that accepting credit and debit card payments as a complement to preferred local payment methods would open the door to secure and successful high-ticket, cross-border transactions.

Because Minelab needed a secure and compliant way to receive cross-border payments from Indonesia, Sweetmag integrated Stripe into Minelab’s Indonesian website through Stripe Connector for Adobe Commerce. Stripe’s detailed Dashboard allowed for a smooth testing and installation process, keeping the project within its projected timeline and budget and enabling Minelab to accept local Indonesian payment methods along with credit and debit cards.

Sweetmag was able to have Minelab’s Indonesian e-commerce site built, installed with Stripe Connector for Adobe Commerce, tested, and live in less than one month.

Now, with an e-commerce presence, Minelab is able to sell to end users both directly and through dealers throughout Indonesia, allowing both dealers and end users in Indonesia to pay for orders through the website via credit and debit cards. In fact, nearly half of Minelab’s payments from dealers are now made with credit and debit cards, speeding up and eliminating friction from the purchase process. In addition to accepting payments in Indonesia, Minelab can also create Stripe Payment Links for dealers in other markets in Southeast Asia and beyond, such as Pakistan, Hong Kong, Bangladesh, and Nepal.

Minelab has also adjusted its business model, establishing a warehouse in Jakarta to push products out to local dealers within a quicker time frame. Minelab’s dealers are able to keep less inventory, placing orders daily rather than every other month. The convenience and speed of ordering and paying has helped accelerate Minelab’s business in the region. Since launching in Indonesia, Minelab’s Indonesian business has tripled. Now, Romar Enterprise Sdn Bhd and Minelab are poised to expand into other Southeast Asian markets and are exploring new opportunities for growth, such as marketplaces.

This story is just one example of how Sweetmag work with Stripe to create ecommerce solutions for businesses like yours. Contact us at [email protected] to learn more about how our partnership can help bring your business online and all over the world.

Read this article on our partner’s website –  Stripe too! 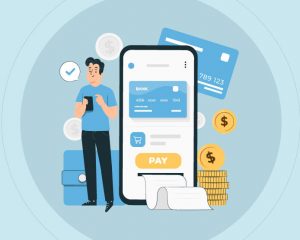 Is your e-commerce site suffering from shopping cart abandonment? Not sure what is causing buyers to tail off from making 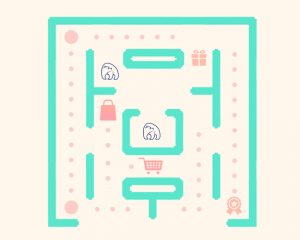 As of 2021, over 2.14 billion digital buyers opt for an e-commerce shopping experience. People love to have fun, and